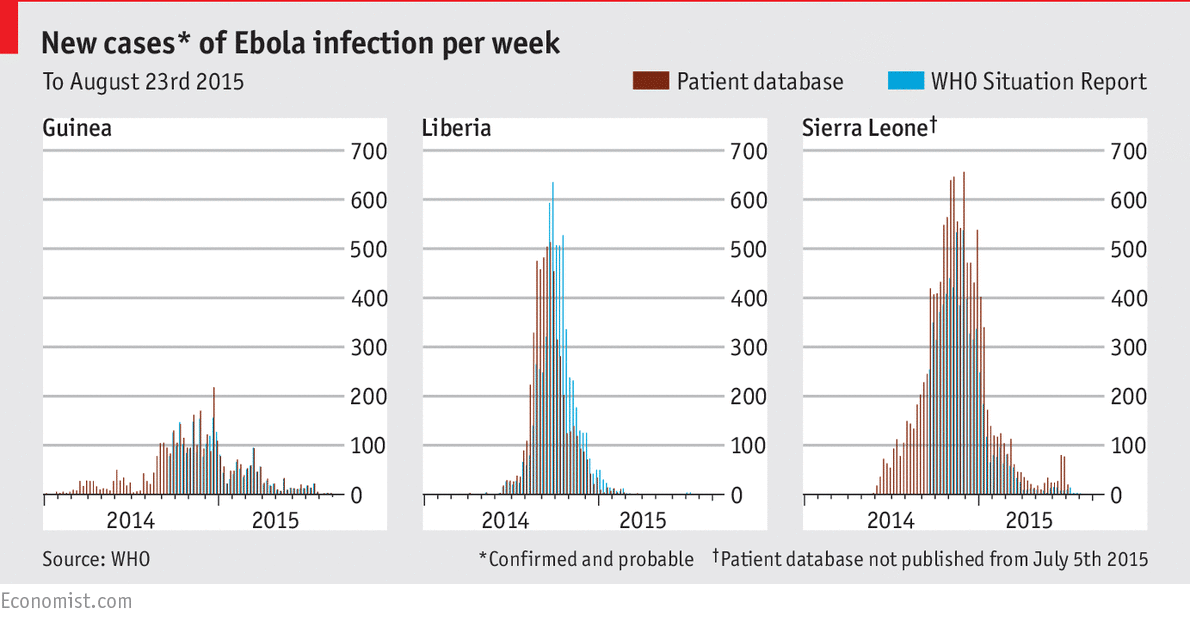 The first reported case in the Ebola outbreak ravaging west Africa dates back to December 2013, in Guéckédou, a forested area of Guinea near the border with Liberia and Sierra Leone. Travellers took it across the border: by late March, Liberia had reported eight suspected cases and Sierra Leone six. By the end of June 759 people had been infected and 467 people had died from the disease, making this the worst ever Ebola outbreak. The numbers keep climbing. As of January 11th 2015, 21,296 cases and 8,429 deaths had been reported worldwide, the vast majority of them in these same three countries. Many suspect these estimates are badly undercooked.